Warp is the free Rust-based terminal that makes you 10× better at the command line. Download on Mac now!

‘Which Is the Most Important Device You Use to Connect to the Internet?’

On Twitter, Benedict Evans points to fascinating polling data indicating that the answers to this question1 are changing dramatically. In 2013, just two years ago, the results were:

Assuming the polling is valid, this suggests we’ve already passed the inflection point where most people consider their mobile devices (phone and tablet) central to their use of the internet.

I don’t think the chart in Evans’s tweet indicates these trends well. (The chart wasn’t his creation.) I would prefer something like (spends 15 minutes dicking around in Numbers…) this: 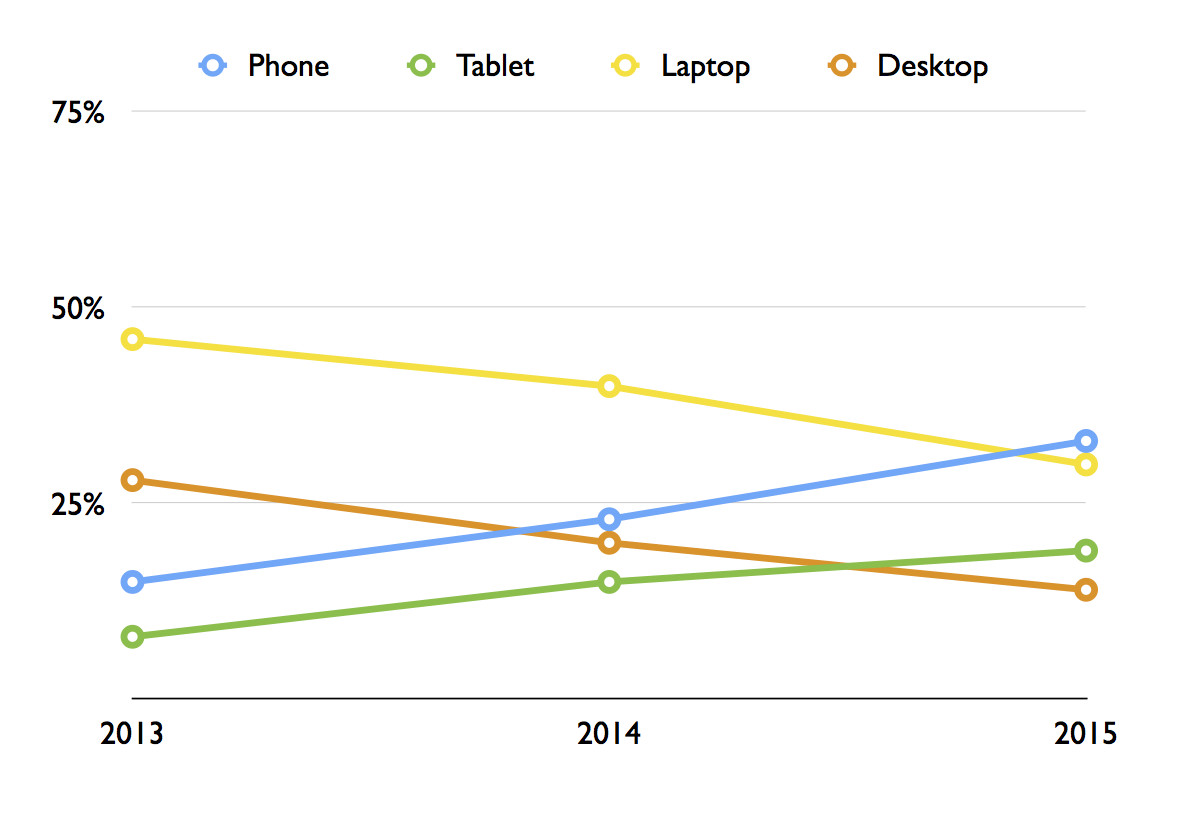 Also interesting is to compare “mobile” (phone and tablet) versus “PC” (laptop and desktop):

My “mobile” and “PC” groupings aren’t entirely rigorous, because I’m conflating physical form factors with operating systems. For Apple products, that distinction is clear — their phones and tablets run iOS; their laptops and desktops run Mac OS X. And Android, as a consumer platform, runs almost solely on phones and tablets. But Microsoft’s Surface devices are tablets that run Windows, and Chromebooks are laptops that run what I would consider a mobile OS.2 But the overwhelming popularity of iOS and Android compared to Surface and Chromebooks is such that I think it’s a useful and fair comparison.

The bottom line: the post-PC world is here.