Getting Started With Apple TV+ Is Easy and Obvious and Only the Very Last Step, Which Isn’t Related to the Apple TV+ Signup Process in Particular, Made Me Want to Throw My iPhone Against a Wall

I’ve been curious ever since the “first year free with the purchase of a new Apple device” deal was announced how exactly it was going to work. For me, it was seamless. I went to the TV app on my iPhone (which is, unfortunately, running iOS 13.2 — not sure if that matters), and when I tapped on “The Morning Show”, it recognized that I had purchased a new iPhone and qualified for the year-long free subscription.

It was a simple four-tap process to sign up — fast, easy, and obvious. Here’s a little diagram I made illustrating the four steps. 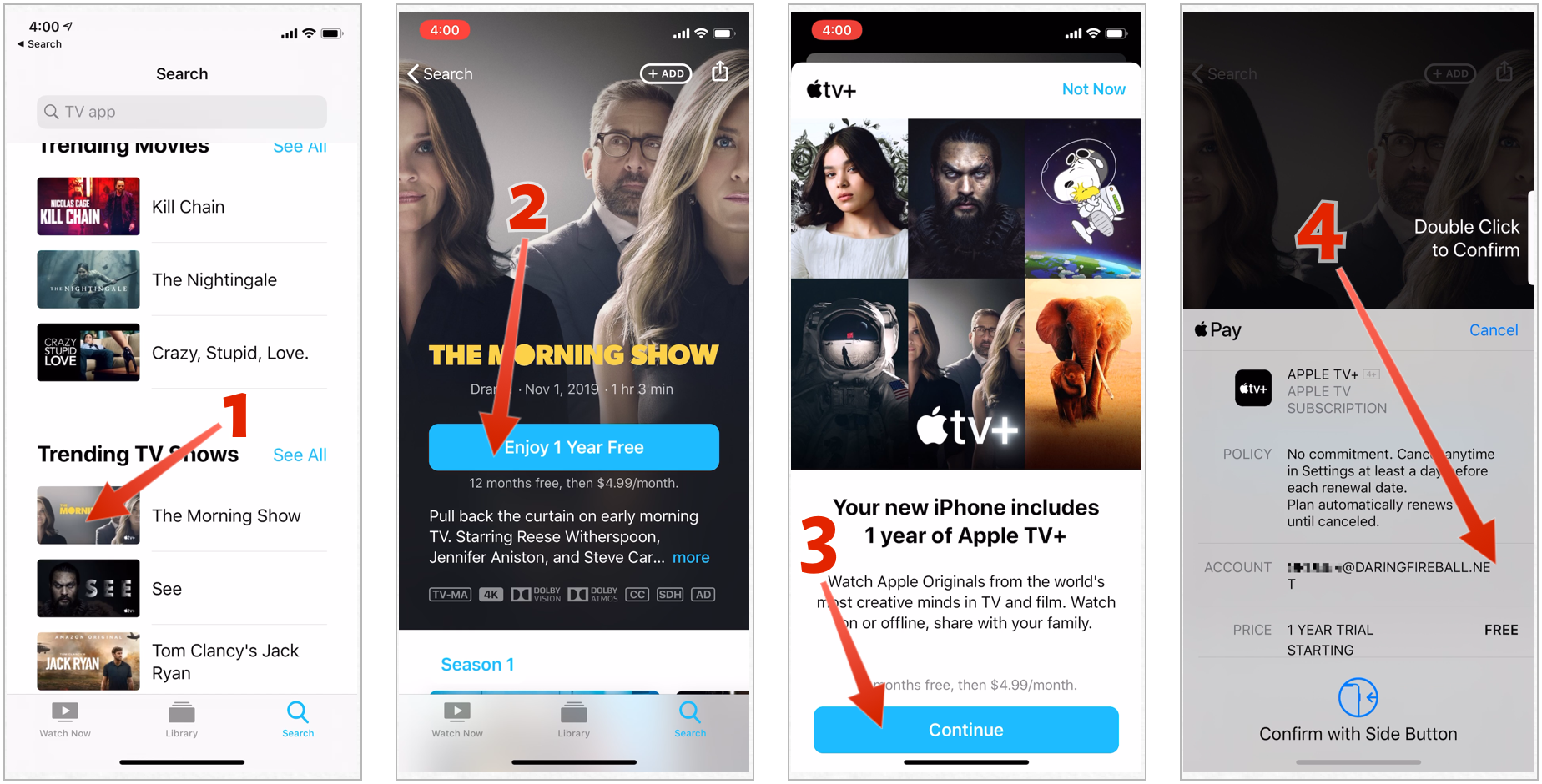 The fourth step is so super obvious that, rather than direct your attention to the button where you agree to the Apple Pay confirmation, I pointed instead to a layout bug that has plagued me for at least three or four years with this Apple Pay confirmation sheet. To wit, my iTunes Apple ID email address gets mis-wrapped as “myaddress@daringfireball.ne” + “t”. This annoys me, tremendously, every time I see it. It’s as though every single time I confirm an Apple Pay purchase with my phone, Apple throws a little bit of sand into my eyes. It’d be bad enough if the email address were broken between the “daringfireball” and the “.net”. A long enough email address has to break somewhere. But to just break at the “t” — a one-character widow that doesn’t even vaguely fall at a natural break — is a violation of every known typographic norm for splitting words that don’t fit. And just look at it — clearly there’s enough room for the “t” there. It should fit, which makes it all the more maddening.

The other cool thing about Apple TV+ is that you can watch it using the tv.apple.com domain from any device with a supported browser. I wasn’t expecting that, but should have, given that Apple Music became web-enabled a few weeks ago. Nice work.