Game Oven, announcing the postponement of the Android version of a new game:

In the Vine above are 7 devices all running the same compass app (ironically named Steady Compass) on Android. Yet, all compasses indicate that North is somewhere else. Unfortunately, this has nothing to do with electromagnetic fields confusing the compass; it has everything to do with the diversity of hardware inside these devices.

We have been developing Bounden for Android alongside its development on iOS, and have tested the game on a number of devices. It was only a week ago that we started expanding our list of test devices, after we quickly discovered that:

Curious, I grabbed a handful of iOS devices laying around my house — iPad Mini and iPad Mini with Retina Display; iPhones 3GS, 4, 4S, 5, and 5S — and tried a similar comparison. 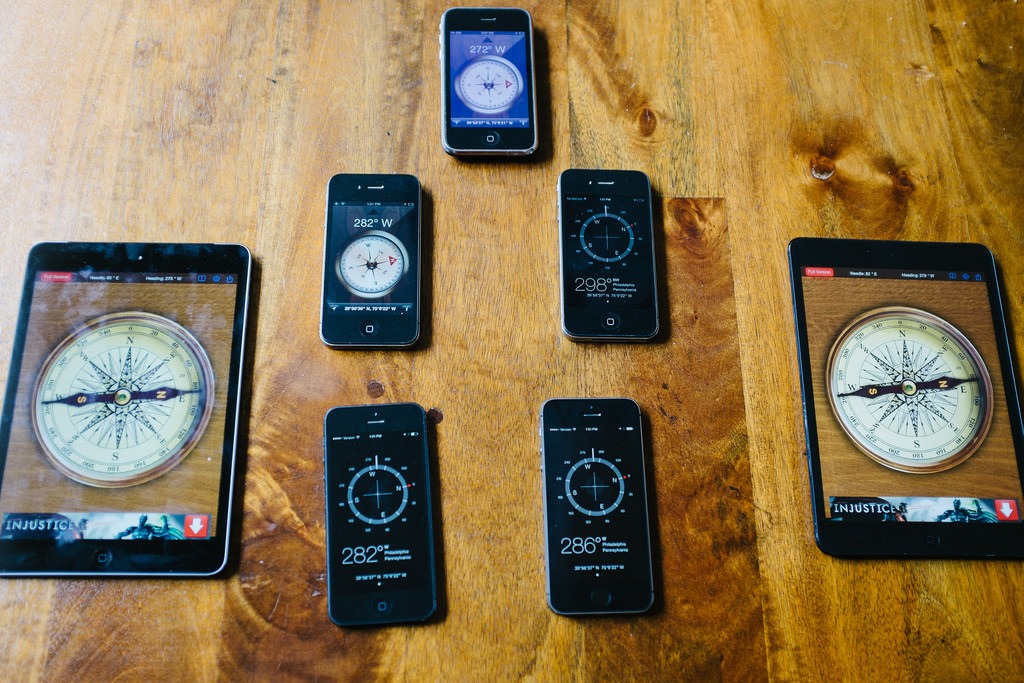