Here are the last three Apple TV remotes. (There have only been four, but alas, I can’t find my original white Apple Remote.1) 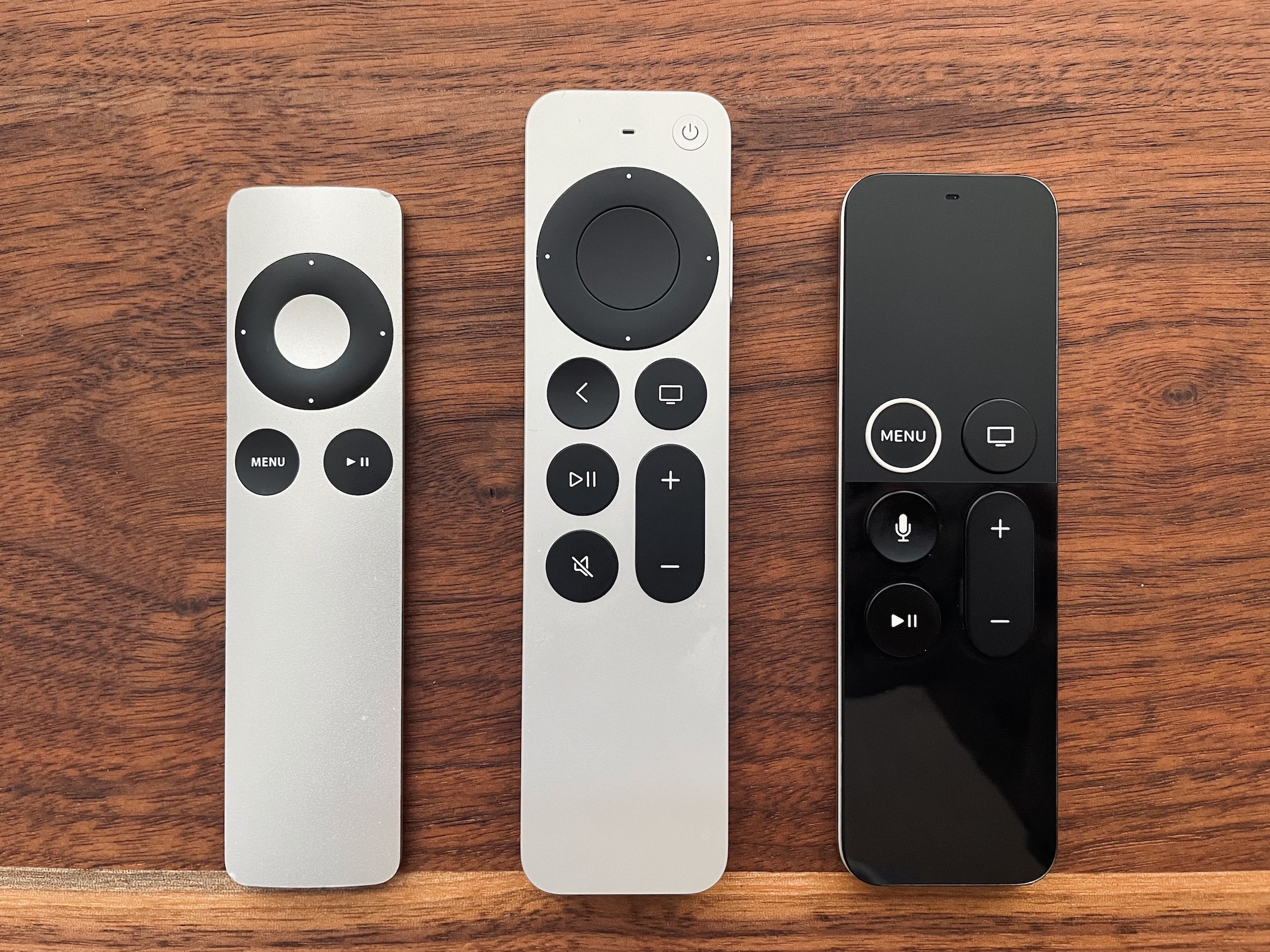 The old aluminum Apple Remote shipped with the 2nd and 3rd generation Apple TVs (2010 and 2012). It’s not obvious from looking at it, but the center of the D-pad ring is a Select button.

The despicable black Siri Remote shipped with the Apple TV HD (a.k.a. 4th generation Apple TV) and 1st generation Apple TV 4K (2015 and 2017). Apple made one minor tweak when the Apple TV 4K shipped: they put that raised white ring around the Menu button, but otherwise the remote was unchanged. Apple doesn’t even list them as different remotes in their support pages. The black Siri Remote also has a button that doesn’t look like a button: the whole top of the remote is a trackpad surface that is clickable. Conceptually it really is just like a laptop trackpad — you can swipe around and click to take action.

I never liked that black Siri Remote, but over the years — six! — that I’ve been using it, I’ve grown to truly resent it. It is offensive, because it’s so clearly a bad design. It’s been around for so long — six fucking years — that surely you’ve heard all the complaints about it numerous times. A few of them:

Seriously, if you’re an Apple TV user, break out the champagne. This new Siri Remote is good. It’s easily my favorite Apple TV remote ever, and Apple TV has been where I watch the vast majority of my TV for over a decade. I’ve been using one for the last week, and here’s what I like about it:

There are only three things I don’t like about the new Siri Remote, at least so far:

The reviewer kit with this nice new Siri Remote also came with the updated 2nd generation Apple TV. That’s nice too. If you already have an Apple TV 4K, though, it doesn’t offer much as an upgrade: it plays high frame rate (60 FPS) Dolby Vision/HDR content, and the old Apple TV 4K doesn’t. But at the moment, there isn’t much high frame rate Dolby Vision/HDR content. (Most of what you might want to watch is what you can shoot yourself using an iPhone 12 Pro — if you’re shooting 4K/60 video.)

There are other improvements too, like support for Wi-Fi 6 (instead of just Wi-Fi 5) and HDMI 2.1 (instead of just HDMI 2.0a). The sleeper feature in the new Apple TV 4K, though, might be support for Thread, a peer-to-peer wireless networking protocol for smart devices, including HomeKit. I’ll be honest: I don’t know anything about it other than what I already wrote in this paragraph. I certainly haven’t felt like I was missing out on anything because my old Apple TV 4K didn’t support Thread, but perhaps I will.

But if you’re using an older Apple TV, and have been holding off on buying the 1st generation Apple TV 4K for a while because you figured a new one must be right around the corner, this is the Apple TV you’ve been waiting for. Get it, it’s good.