An amused DF reader sent in this photo of an ad from Dell for their new XPS 12, “a powerful laptop and tablet in one”. 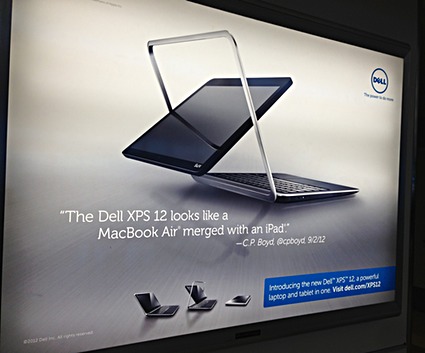 Let’s count the ways in which this is great: