“We wanted this thing to come out of nowhere, fully formed, and just blow everybody’s minds.” That’s Panic co-founder Cabel Sasser, in the cover story of the new issue of Edge magazine.

The story is about Playdate, the most amazing and exciting product announcement, for me, since the original iPhone. 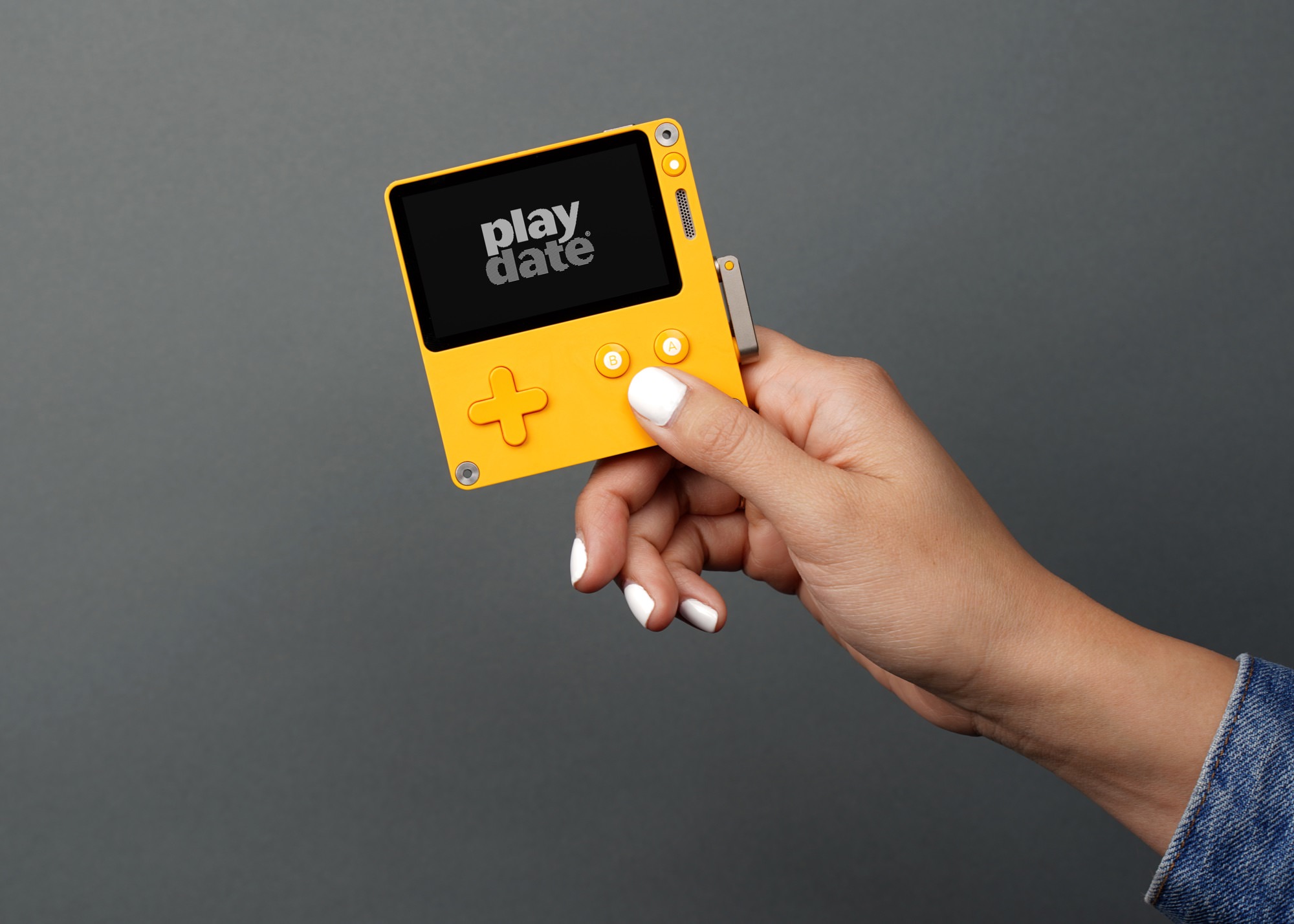 They’re making their own hardware (in conjunction with Swedish device makers Teenage Engineering). They wrote their own OS (there’s no Linux). It has a high resolution 400 × 240 black and white display with no backlighting. It has a crank.

It’s going to cost only $149 — $149! — and that includes a “season” of 12 games from an amazing roster of beloved video game creators, delivered every Monday for 12 weeks.

The idea of a new upstart, a company the size of Panic — with only software experience at that — jumping into the hardware game with a brand new platform harkens back to the ’80s and ’90s. But even back then, a company like, say, General Magic or Palm, was VC-backed and aspired to be a titan. To be the next Atari or Commodore or Apple.

In today’s world all the new computing devices and platforms come from huge companies. Apple, of course. All the well-known Android handset makers building off an OS provided by Google. Sony. Nintendo.

Panic is almost cheating in a way because they’re tiny. The Playdate platform isn’t competing with the state of the art. It’s not a retro platform, per se, but while it has an obviously nostalgic charm it is competing only on its own terms. Its only goal is to be fun. And aspects of Playdate are utterly modern: Wi-Fi, Bluetooth, apps and software updates delivered over-the-air.

They’re taking advantage of an aspect of today’s world that is brand new – the Asian supply chain, the cheapness of Asian manufacturing, the cheapness of CPU and GPU cycles that allows things like Raspberry Pi to cost just $35.

And then there’s the issue of freedom. Last night Steven Frank, Panic’s other co-founder, tease-tweeted a link to Steve Jobs quoting Alan Kay during the introduction of the original iPhone: “People who are really serious about software should make their own hardware.”

You know that scene in GoodFellas where Tommy is about to be made, and Jimmy and Henry can’t contain their excitement because it’s as close as they themselves will ever get to being made? That’s a bit how I feel about Playdate — I have so many friends at Panic, and this feels as close as I’ll ever get to the makers of a hardware platform. (Let’s please ignore the fact that everything goes to shit in GoodFellas at that point.)

Cabel Sasser let me in on this about two weeks ago, and I don’t think I’ve spent a waking hour since when I haven’t thought about Playdate at least once. I am so excited to get one of these in my hands — and so proud of and happy for my friends at Panic.

This is fucking amazing.